The first example of a ‘Vertical Forest’ (il Bosco Verticale) was inaugurated in October 2014 in Milan in the Porta Nuova Isola area, as part of a wider renovation project led by Hines Italia. Milan’s Vertical Forest consists of two towers of 80 and 112 metres, hosting 480 large and medium trees, 300 small trees, 11,000 perennial and covering plants and 5,000 shrubs. The equivalent – over an urban surface of 1,500 m2 – of 20,000 m2 of forest and undergrowth. 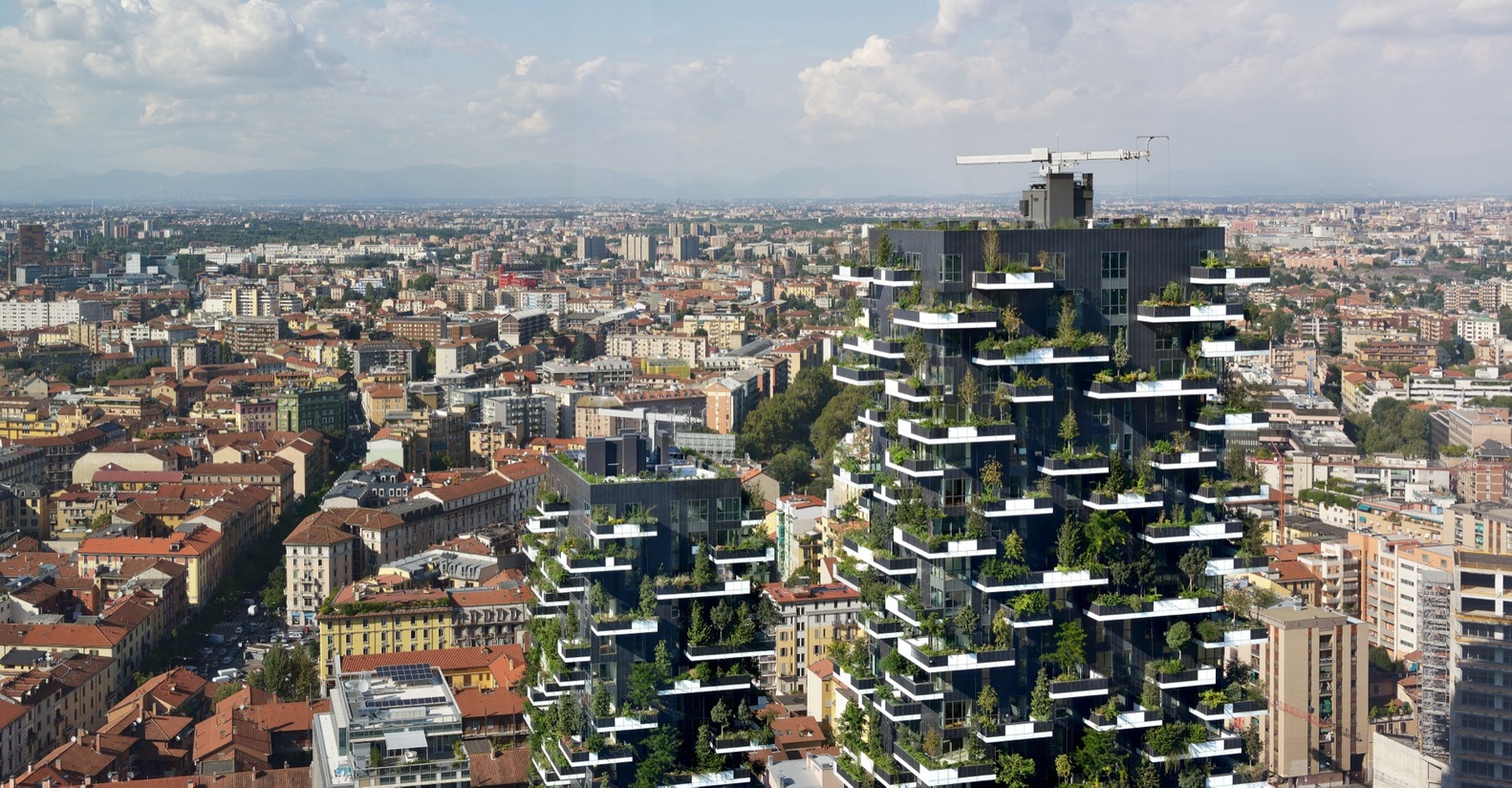 The Vertical Forest is an architectural concept which replaces traditional materials on urban surfaces using the changing polychromy of leaves for its walls. The biological architect relies on a screen of vegetation, needing to create a suitable microclimate and filter sunlight, and rejecting the narrow technological and mechanical approach to environmental sustainability. 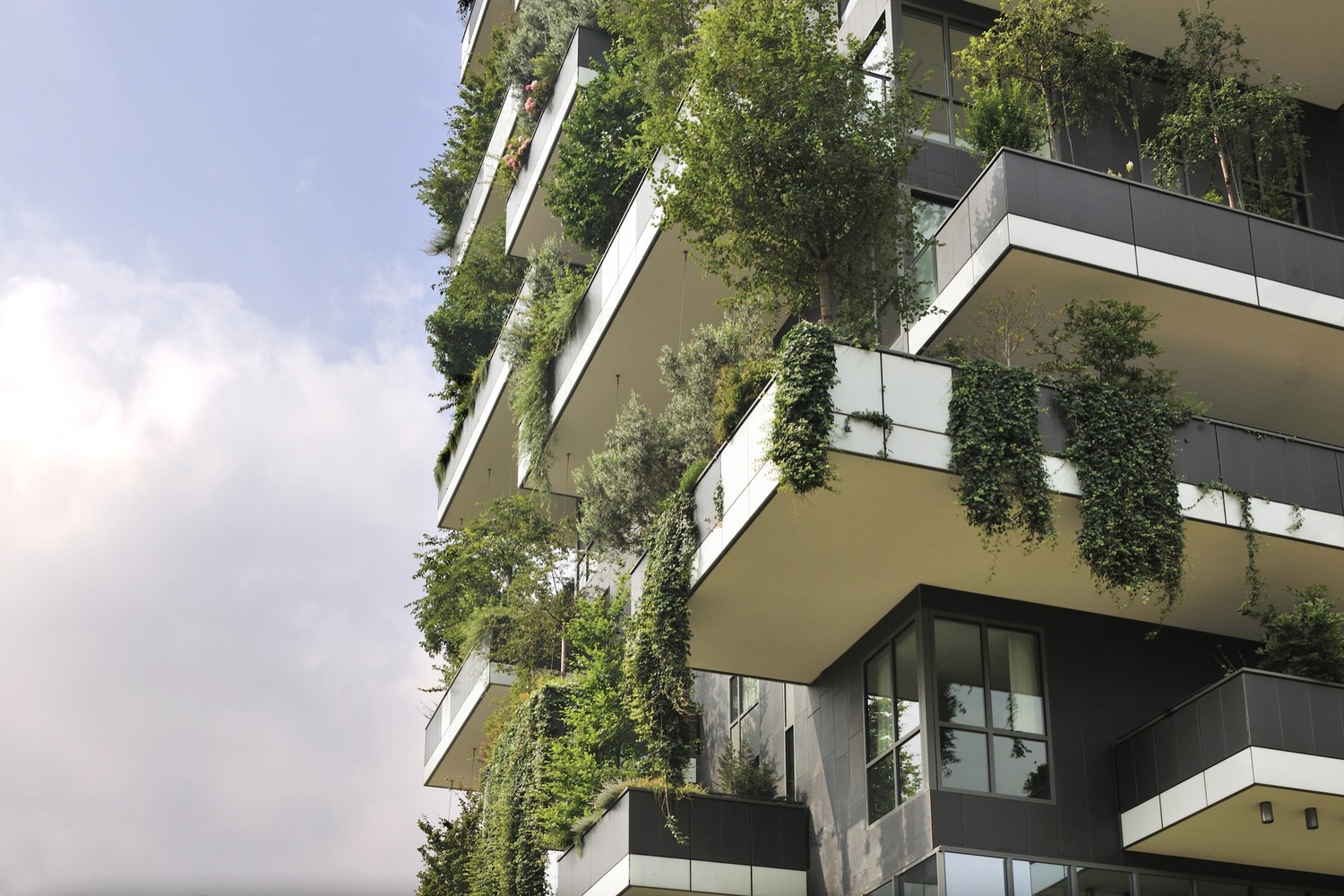 The Vertical Forest increases biodiversity. It promotes the formation of an urban ecosystem where various plant types create a separate vertical environment, but which works within the existing network, able to be inhabited by birds and insects (with an initial estimate of 1,600 specimens of birds and butterflies). In this way, it constitutes a spontaneous factor for repopulating the city’s flora and fauna. 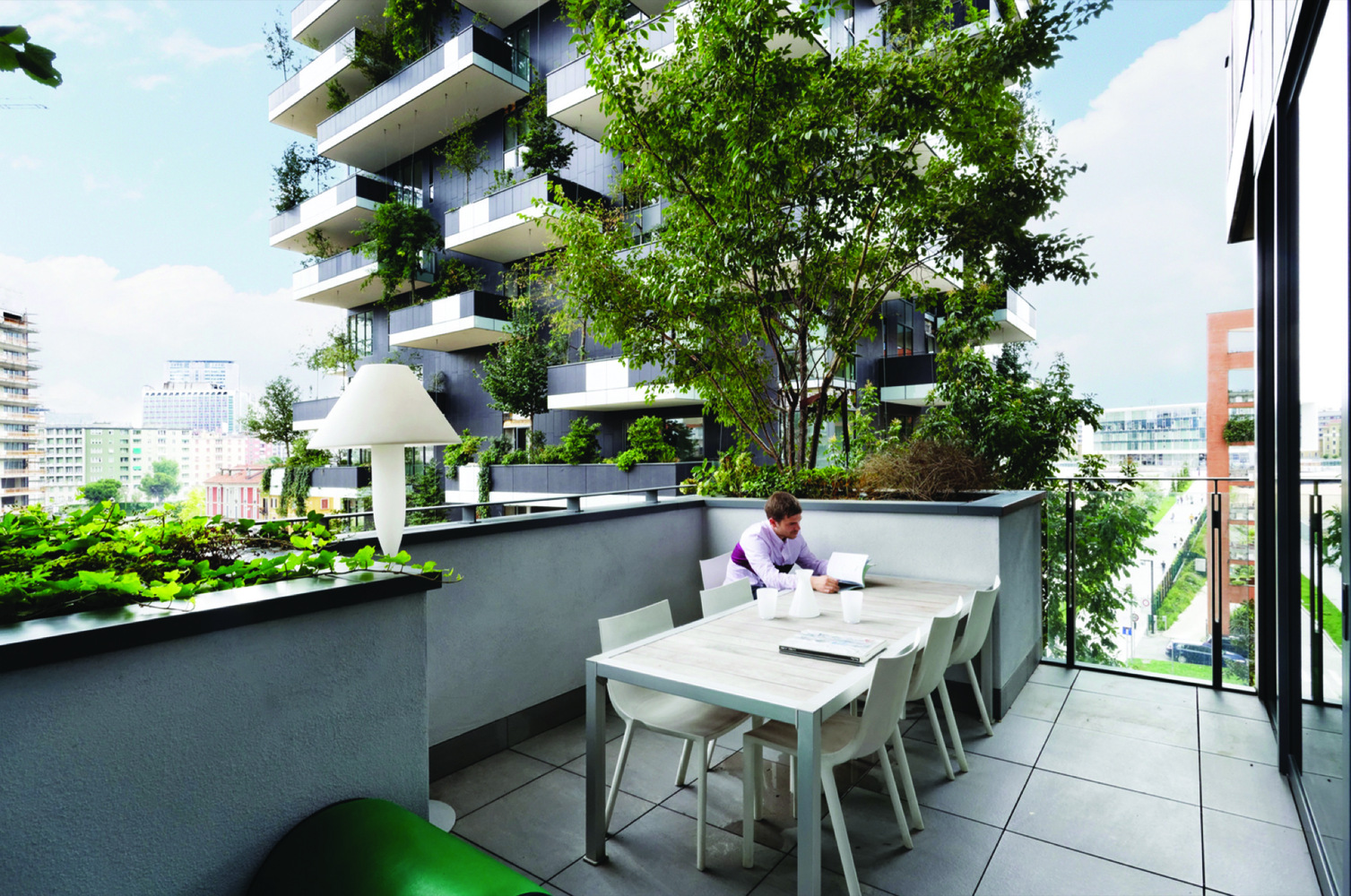 The Vertical Forest helps to build a microclimate and to filter fine particles contained in the urban environment. The diversity of plants helps to develop the microclimate which produces humidity, absorbs CO2 and particles, produces oxygen, and protects against radiation and noise pollution. 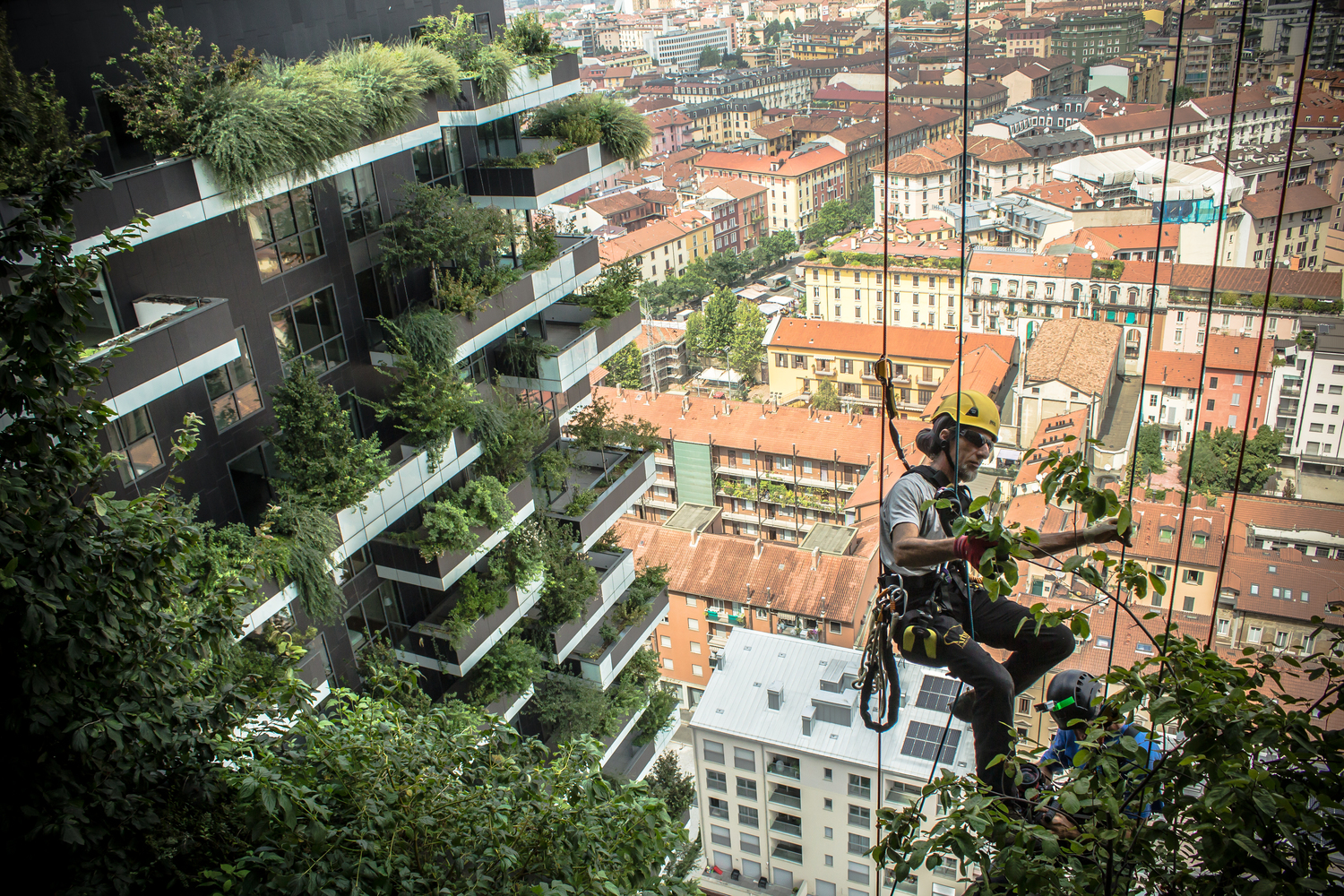 The Vertical Forest is an anti-sprawl method which helps to control and reduce urban expansion. In terms of urban density, each tower constitutes the equivalent of a peripheral area of single family houses and buildings of around 50,000 m2. 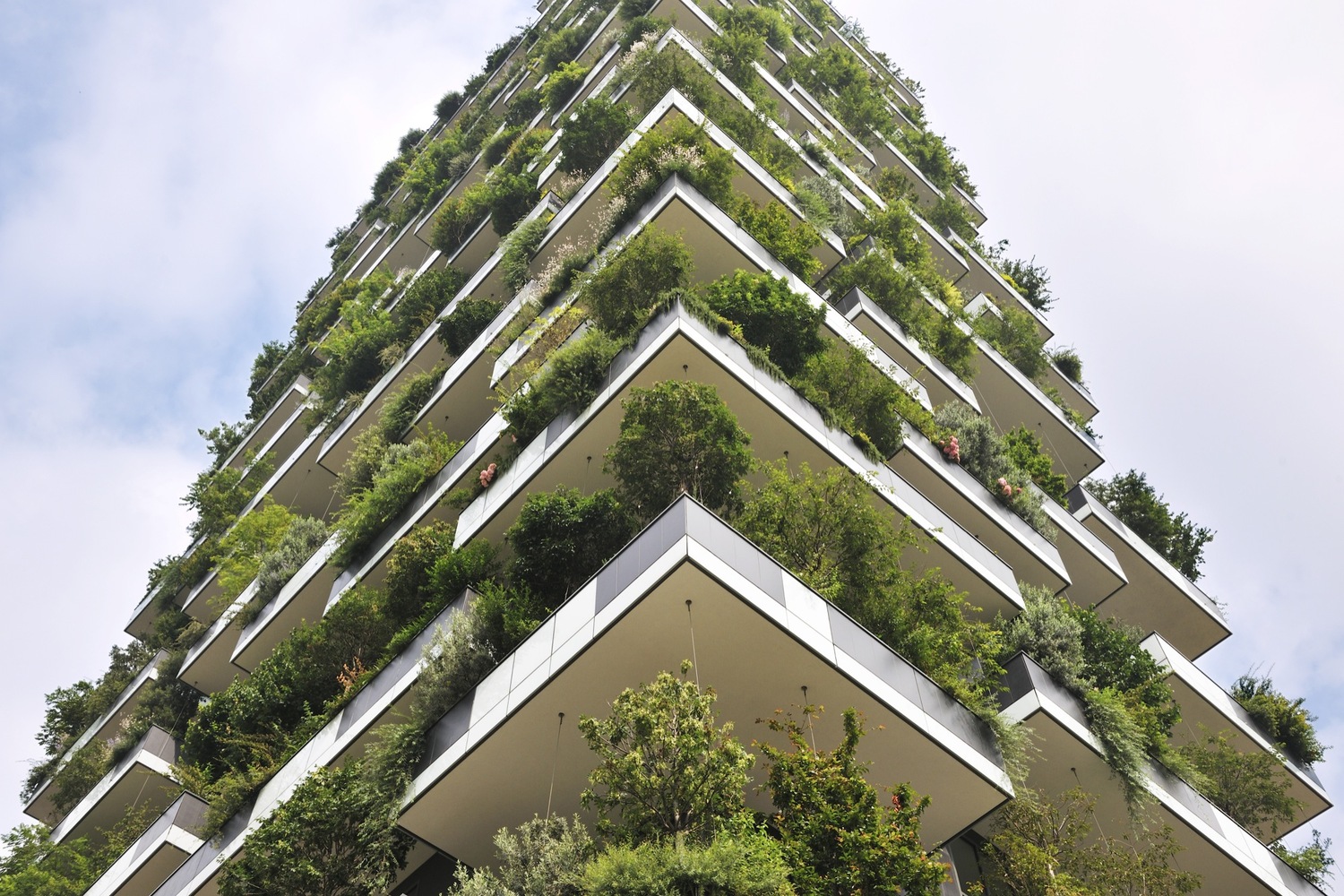 The choice of species and their distribution according to the orientation and height of façades is the result of three years of studies carried out alongside a group of botanists and ethologists. The plants which are used on the building were pre-cultivated in a nursery in order for them to become accustomed to similar conditions to those which they will find on the balconies. 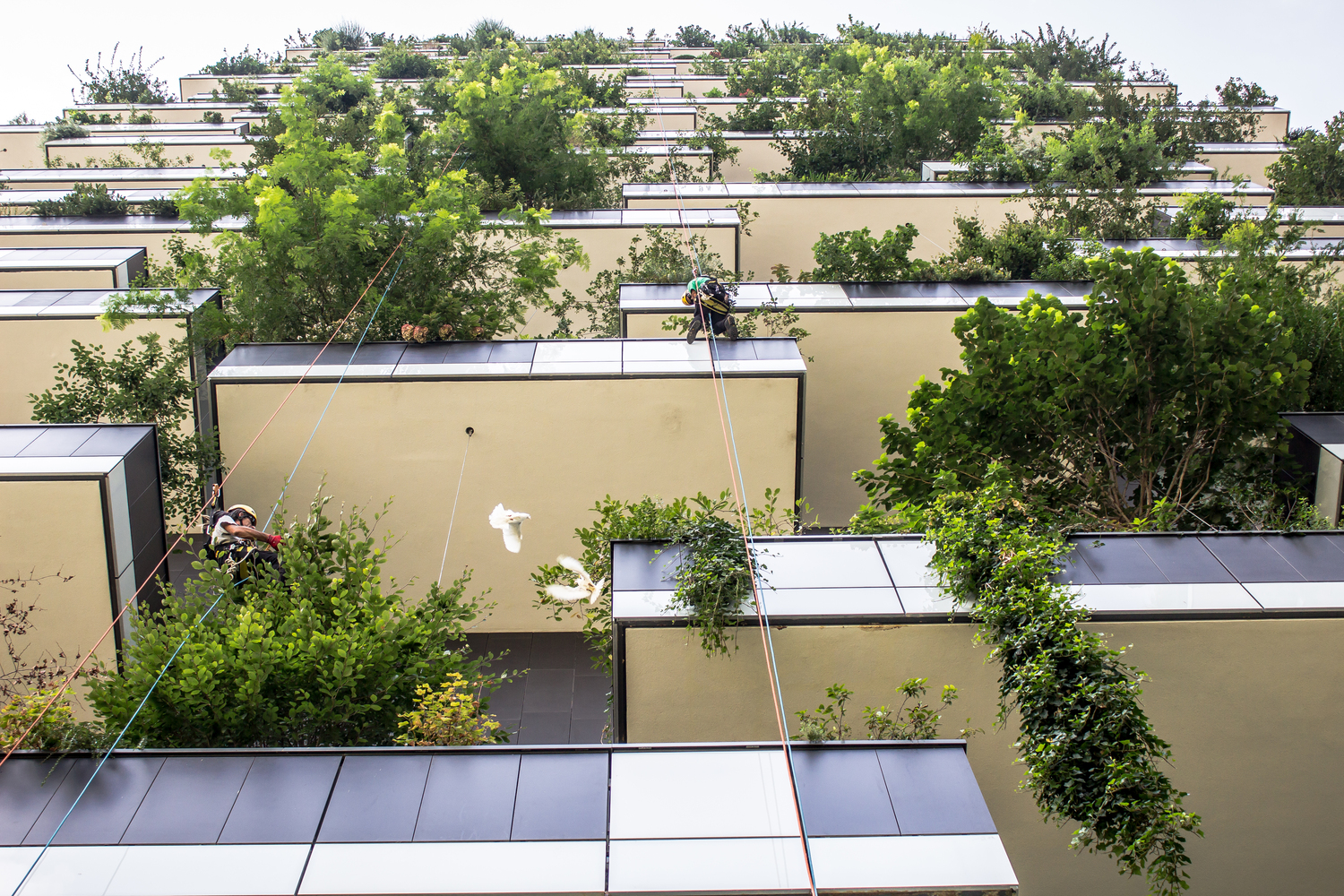 The Vertical Forest is an ever-evolving landmark of the city, whose colours change depending on the season and the different natures of the plants used. This offers Milan’s population an ev- er-changing view of the city. 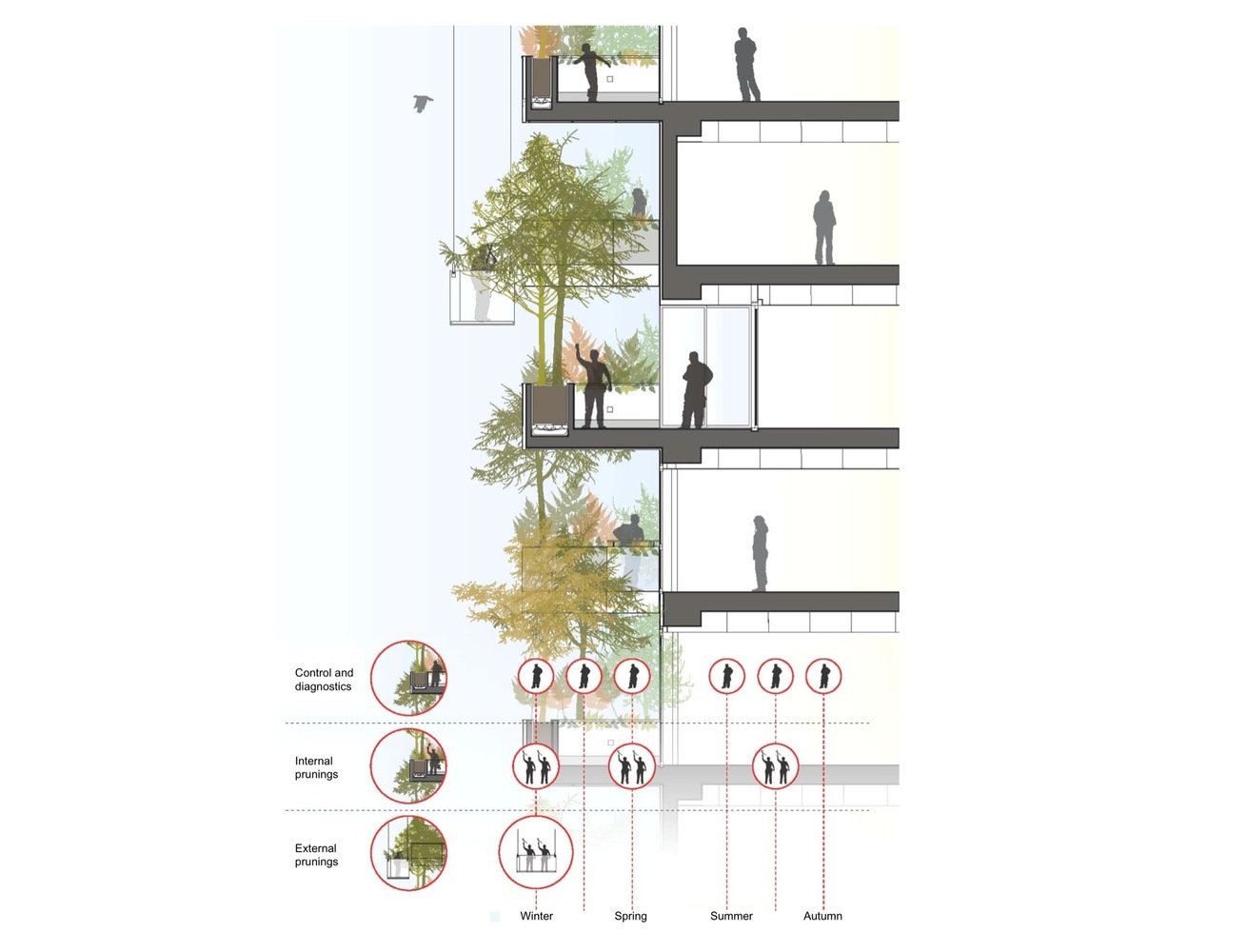