When visitorship to the VanDusen Botanical Garden began to decline in the early 2000s, the Vancouver Botanical Gardens Association and the Vancouver Parks Board embarked on a search for a way to revitalize interest in VanDusen as a destination. They realized that a new facility was needed—one that could attract visitors locally while elevating the garden’s profile internationally. 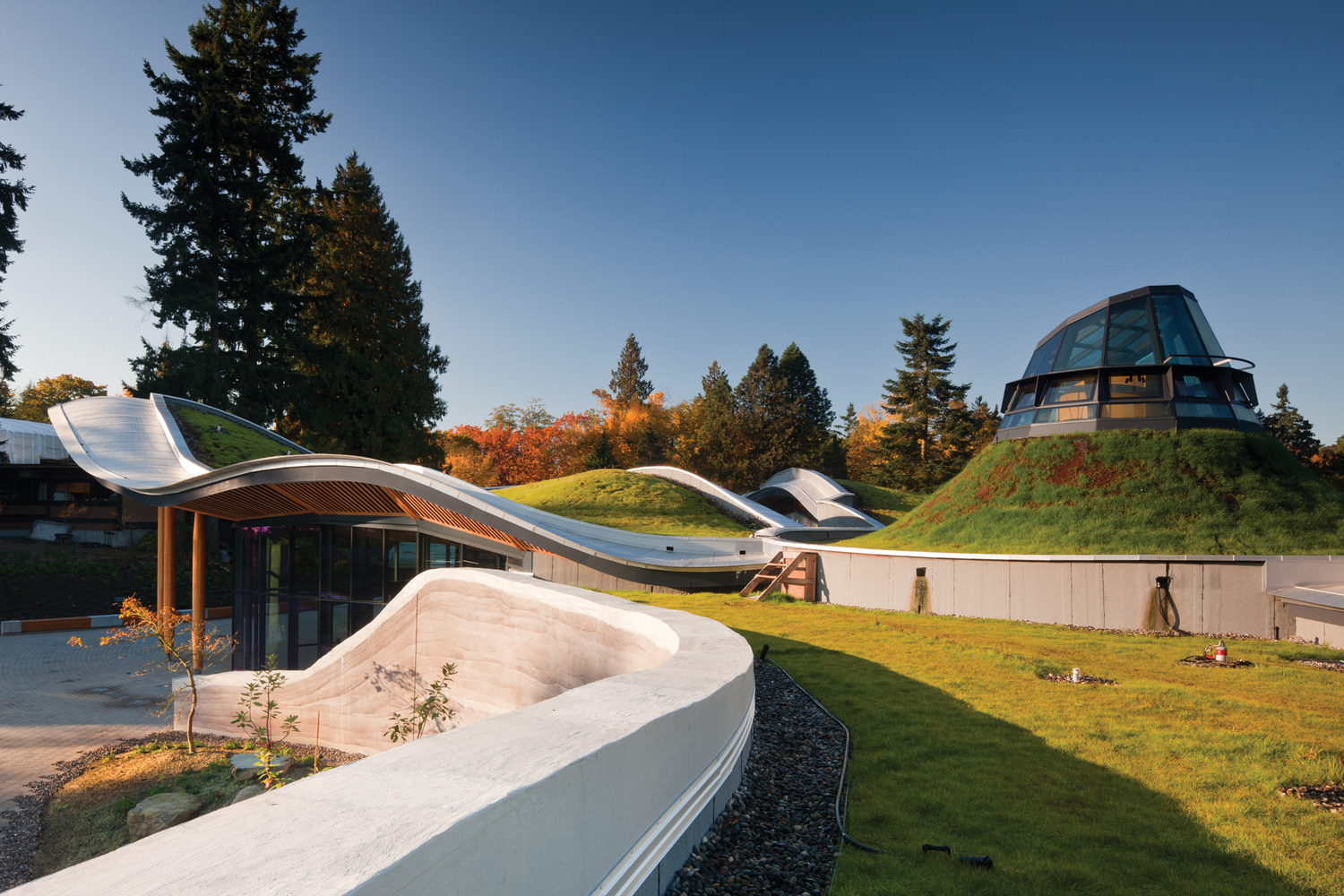 Our design places the new Visitor Centre at the entrance to the Garden, providing glimpses of the beautiful spaces within and transforming it into a gateway that inspires visitors and passersby to explore the grounds beyond. Guided by the Garden’s mandate and spirit of conservation, our design delicately balances architecture and landscape, integrating natural and human systems in meaningful ways to support biodiversity and ecological balance within the site. Both LEED Platinum and Living Building Challenge Petal certified, its distinct organic roof form and extensive green building strategies launch the Visitor Centre as more than a landmark in the city of Vancouver, but an international icon of sustainability. 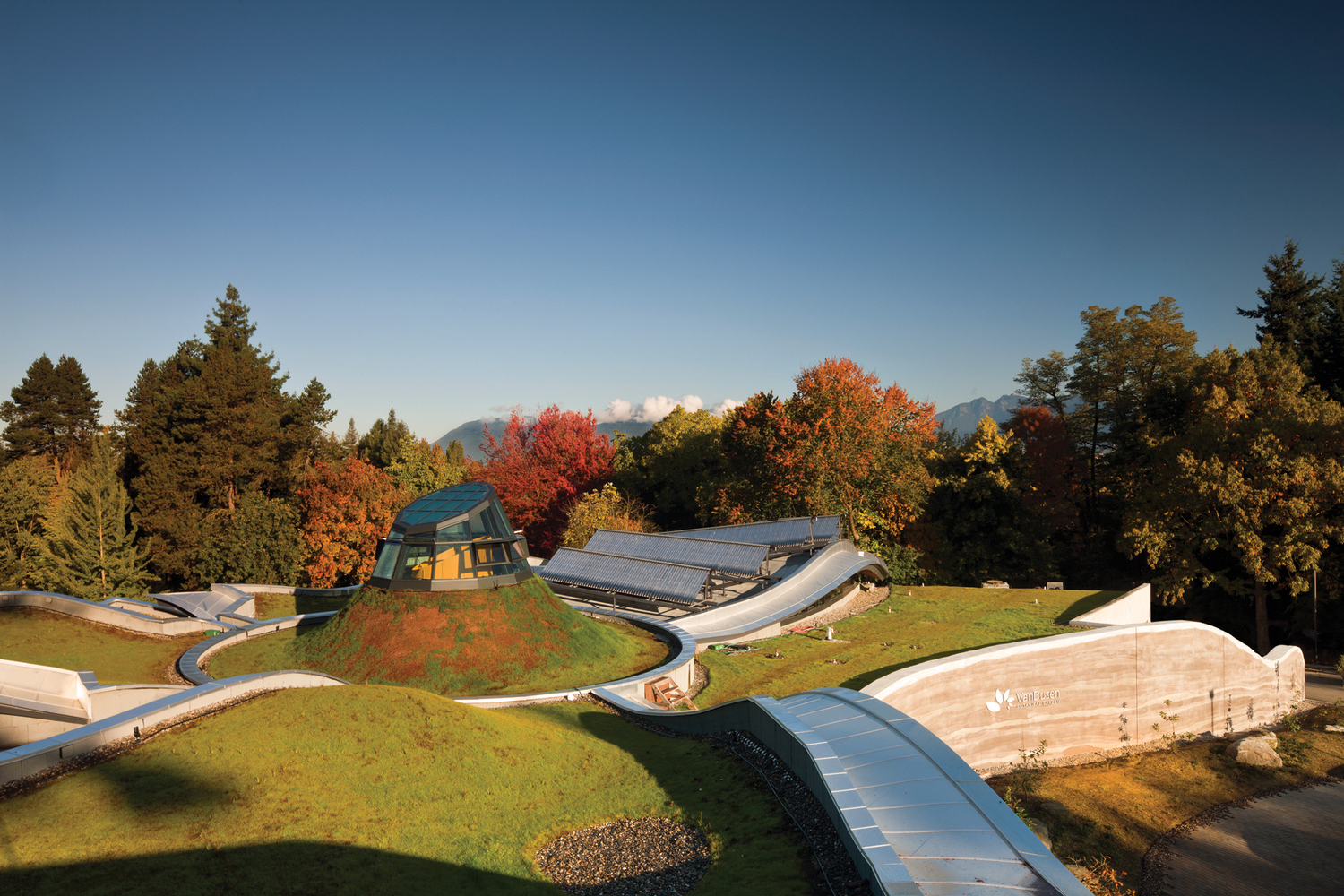 Inspired by the organic forms and natural systems of a native orchid, the project is organized into undulating green roof ‘petals’ that float above rammed earth walls. This concept extended beyond form, helping us answer many of the challenges that arose. Throughout the design process, we often wondered: “How would a flower (orchid) do it?”. A flower is rooted in its own place by harvesting all its own energy and water, by adapting to the climate and site, by operating pollution-free, and by promoting health and well-being. 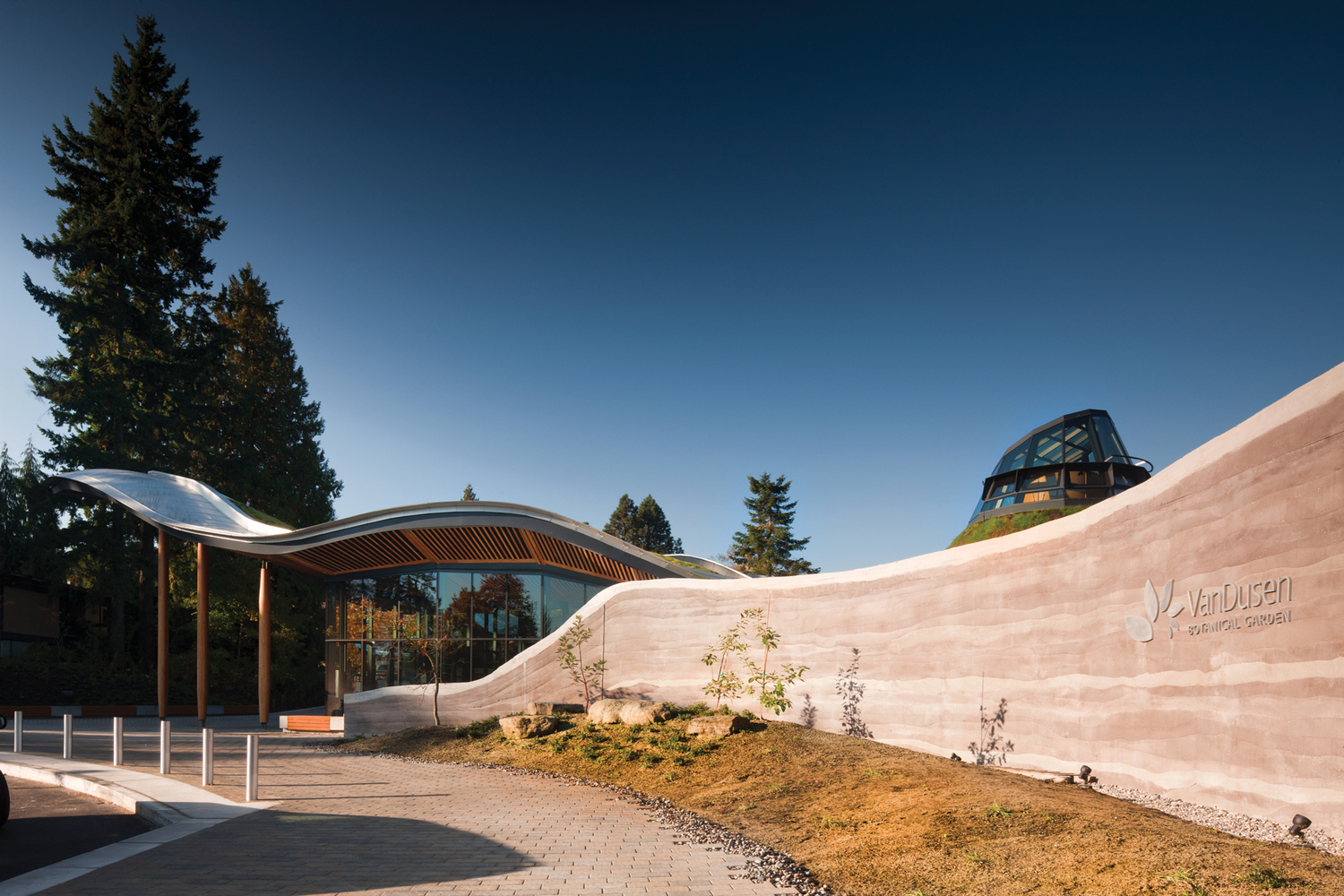 parametric techniques to optimize the curvature and layout. This model was then used by the structural engineers to arrive at the structural design and passed on to the fabricators to determine the most efficient way to panelize each segment. The final structure utilizes a glued laminated timber post-and-beam assembly to support the complex curves at the edges of each panel. 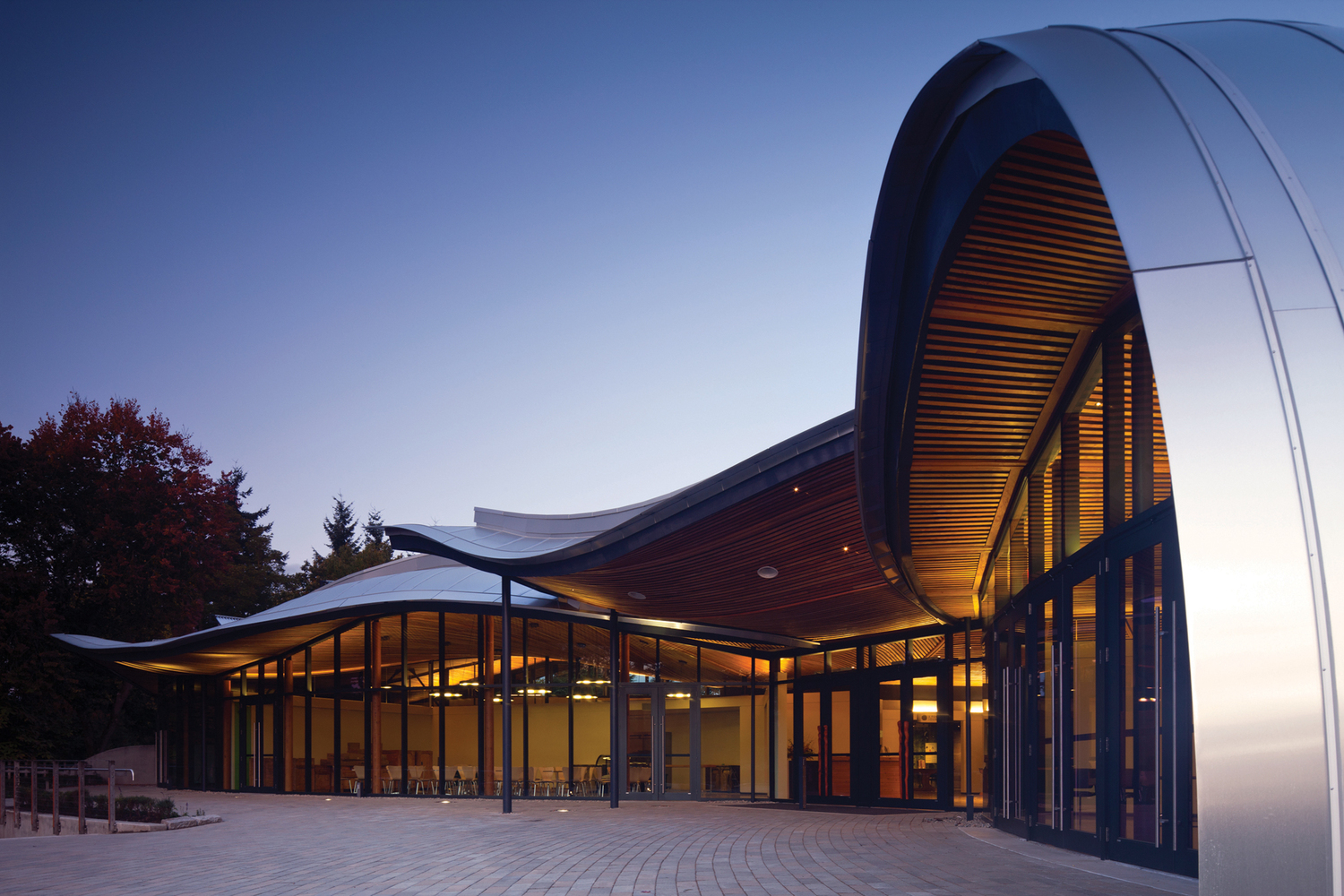