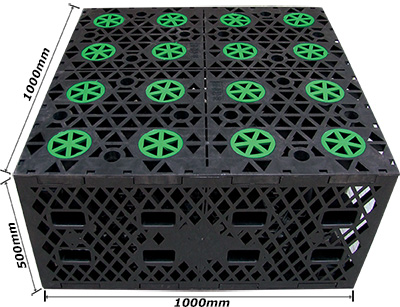 The Rainwater Cistern is a newly plastic type composed of pp modules as individual. The Underground Stormwater Tanks is a kind of rainwater collecting facility. It covers a large area so it is usually built under the public areas such as squares in the city, green belts and parking lots. The primary function is to temporarily store the rainwater when it is at the peak flow. then slowly discharged the stored rainwater from the storage tank after the fall of the maximum flow. It can not only avoid rainwater flood peaks, realizing rainwater recycling, but can also avoid the initial rainwater to pollute the receiving water. It can also play a positive role in drainage scheduling between drainage areas. However, the particulate impurities in the rainwater are readily to deposit in the storage tank, which is difficult to manually clean, but can adopt the retaining and self-flushing device such as flushing door to clean the tank.

A quarter of the modules between the two layers are stacked in a cross, which forms a horizontal and vertical interlocking system, safe and reliable! 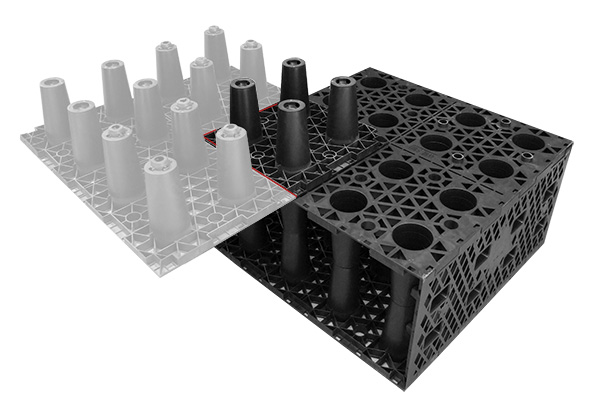 The cycle process is an important part in constructing the "sponge city”. The "storage” in the "principle of sponge city” mentioned in the construction of the sponge city refers to not only retain the rain, but also store the rainfall then it can achieve the multiple purposes of storage and making the peaking stagger, and finally to make an effective harness.

The function and advantages of the Rainwater Cistern:

Except the general function of staying away rainfall peaks and flood peaks, improving the utilization of rainwater, there are still many practical advantages of PP Modular Stormwater Detention Tanks: 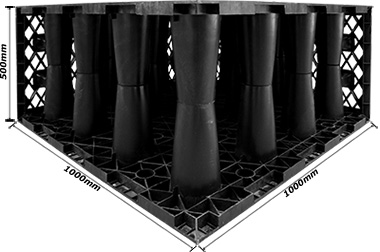