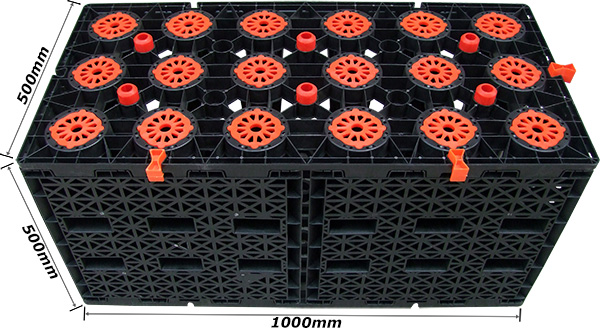 The rainwater collecting system module, which should be called "rainwater collecting and utilization system "in its full name, refer to the collection and utilization of rainfall runoff from hardened surface such as roof of construction, roads, square etc., which are collected, transported, purified, and stored in the rainwater collecting system constructed by rainfall collecting module. Then this collecting rainfall is used in the supplement for greening, landscape water, washing and groundwater sources, to achieve the goal of comprehensively employing rainwater sources and conserving water resources. It has a broad significance in mitigating urban rainwater floods and groundwater table decline, controlling pollution of rainwater runoff, and improving urban ecological environment.

Modular Water Storage Tanks is a newly product that can be used to store rainwater but does not take up space. With an excellent pressure capacity and a 95% of the hollow space can achieve more efficient water storage.
In a society that encourages environmental protection and energy conservation, it is urgent to choose other ways to replace running water for green irrigation. How to collect cheap rainwater which is a natural freshwater resource for irrigation is something we need to think about. The PP rainwater collection module can easily store rainwater which are not usually readily to obtain, and prevent it from running away, so we can use rainwater reasonably as to save water resources. 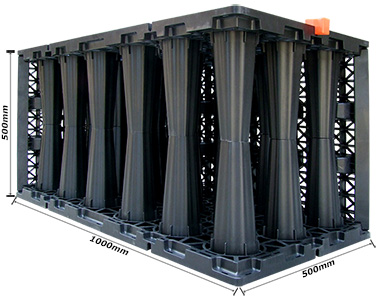